Plory is a female alien who appears in and is the main character in i-Ready Reading and Math lessons from Level AA up to early Level C alongside Yoop. The two characters were introduced in 2016. Plory is also part of the buddies section in the my stuff area for k-2 accounts.

Plory is an orange alien. She wears a black shirt with a green image projector (which is called the Tinkerbell Tube). She has yellow freckles on the side of her cheeks, and one tooth in her mouth as well as thin eyebrows. Strangely, she has no eyelashes. Plory stands at a towering height of 11'4" making her one of the tallest i-Ready characters.

Plory is a serious character. Unlike Yoop, she analyzes her options and goes with logical choices. Along with Yoop, she refers to the user as "Agent X". Plory has more of a serious attitude, well thought out. Her decisions make her the leader, mostly to avoid what happens in the Gold video which can be seen below. 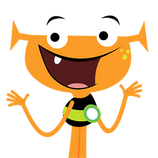 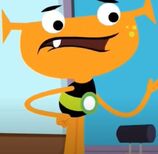 Plory with pie on her face

Plory with a hot dog on her head

One of the pilot designs. 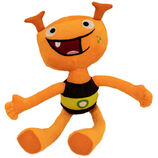 Plory Plush As Seen In The Marketplace.

Plory as a King or Queen 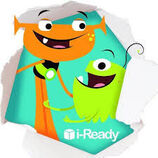 Plory and Yoop next to the i-Ready logo